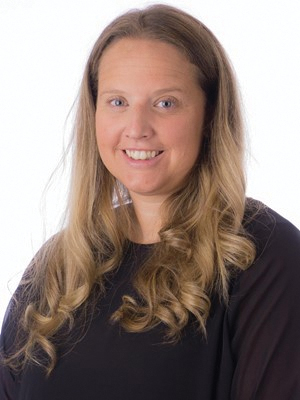 Amy Vachon, currently in her third full season at the helm of the Black Bears and her ninth year on staff, signed a four-year head coaching extension, effective March 1, 2018, officially lifting her interim tag.

Vachon followed up her first full season at the helm by earning her second-straight America East Coach of the Year honor, becoming just the sixth coach in America East history to win the award in back-to-back seasons. After guiding the Black Bears to their second consecutive America East Regular Season and Tournament Championships, Vachon's team earned the league's automatic bid into the NCAA Tournament for the second time in as many seasons. Maine's 25-8 record marked the fourth time in the last five seasons in which it topped the 20-win plateau and also tied for the third-most victories in a single season in UMaine history. The Black Bears were ranked in every edition of the College Insider Mid-Major Top-25 poll throughout the season, ending at No. 13. Maine, which put together a 14-game win streak under Vachon, led the America East in scoring (66.7) while setting new school and league records for 3-point field goals made in a season (273). The Black Bears challenged themselves early in the season, facing the 56th toughest schedule in the nation through their first 13 games, highlighted by an 85-73 victory on the road at North Carolina. Maine finished the season seeded 54th in the Ratings Performance Index (RPI). The Black Bears were dominant in league play, defeating eight conference opponents by 20 points or more with 13 of its 15 regular season league wins coming by double digits. Individually under Vachon's leadership and guidance, the Black Bears earned seven postseason honors including Blanca Millan who was named the America East Offensive and Defensive Player of the Year. All five starters on the 2018-19 team earned all-conference honors.

In her first full season as head coach of the Black Bears, Vachon earned America East Coach of the Year honors after leading Maine to a 23-10 overall mark. Under her guidance, the Black Bears were crowned with their first America East Tournament Championship since 2004, advancing to the NCAA Tournament for the eighth time in school history. Maine entered the America East Tournament as the No. 1 seed after completing a 16-point, come from behind victory over UAlbany in the regular season finale to clinch the regular season title. The Black Bears ended the challenging campaign with the No. 70 RPI in the country. Maine continued to impress with its home court advantage, leading the America East in attendance for a fourth-straight season after going 12-2 on its home court. Vachon's offensive strategy guided the Black Bears to numerous shooting records including a Maine and America East single season high of 256 three-point field goals made.

Vachon, who took over head coaching duties after Coach Richard Barron stepped aside due to health complications, guided the Black Bears to an 11-7 mark during her time at the helm in 2016-17. Vachon led the Black Bears back to the America East title game, along the way knocking off No. 1 seeded New Hampshire in the America East semifinals. Vachon also guided UMaine to key wins, including an 84-71 victory over eventual America East Champions UAlbany. Under her guidance, the Black Bears posted an impressive 7-1 record at home.

In addition to the impressive on court statistics under Vachon, the University of Maine Women’s Basketball team has excelled in the classroom as well. The 2018-2019 team was first in the America East in with a 3.5 GPA for the season. This is the fourth out of five years in which UMaine women's basketball has been tops in America East. Also, 11 out of 13 players earned UMaine Scholar Athlete awards, each earning a 3.0+ grade point average.

Vachon was promoted to associate head coach in May of 2016. She spent the first six years of her tenure as an assistant before taking over as interim head coach in the winter of 2017. Following the 2011-12 season, Vachon was also promoted to Recruiting Coordinator; a role she served until being named Interim Head Coach in 2017. Vachon was inducted into the Maine Sports Hall of Fame in the spring of 2016.

University of Maine women’s basketball coach Richard Barron named Amy Vachon as an assistant coach on May 16, 2011. Vachon, a 2000 graduate of the University of Maine, had a fantastic four-year career as a student-athlete with the Black Bears.

A two-time captain, Vachon led the Black Bears to four-straight NCAA Tournament appearances and was a member of the squad that knocked off Stanford in the first round of the 1999 NCAA Tournament. Maine compiled a four-year record of 87-35 with Vachon on the team, including an impressive record of 61-11 in conference play. She was part of a Maine team that won back-to-back America East Championships in 1996–97 and 1997–98.

Vachon, who was inducted into the UMaine Sports Hall of Fame in 2018, holds Maine records for the most assists in a season (234). She also holds the Maine and America East record for assists in a career with 759. When hired in 2011, she ranked 22nd all-time in NCAA history in career assists. Vachon earned a spot on the America East All-Tournament Team in 1999.

Prior to joining the University of Maine women’s basketball staff, Vachon was the head coach at Catherine McAuley High School, located in Portland, Maine. Vachon coached McAuley to the 2011 Maine Class A State Championship.

Vachon knows the demands of a Division I student-athletes, as she also excelled in the classroom. She graduated Magna Cum Laude in 2000 with a degree in elementary education. In 2002, she earned her Master’s of Education from the University of North Carolina, Chapel Hill in school counseling. While an undergraduate, she was named: All-Maine Women Honor Society, Dean’s List, America East All-Conference Academic Honor Roll, Maine Scholar-Athlete Award winner and also served on the Student-Athlete Advisory Board.
Join us and hear what motivates and energizes Amy and what it’s like to live her dreams. Our host, Deb Neuman, will help us all lean in and learn!