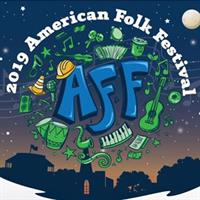 “Our board made the incredibly difficult decision to discontinue this festival,” said Nicole Gogan, Chair of the American Folk Festival Board of Directors. “The decision to close was not made hastily, and was difficult for every person involved. This is a financial decision. The Board of Directors saw no clear path forward that could responsibly be taken. This is a tough, but responsible decision.”

One of the unique aspects of the American Folk Festival was that it was presented with no admission for entry every year. Without a set ticket price, it allowed individuals and families from all income levels to gather on the Bangor Waterfront and enjoy world class music on multiple stages for multiple days. While there was a suggested donation, no set cost for admission also meant that the festival relied - in part - on the generosity of festival attendees who were able to donate money to keep the festival going. In addition to individual donations, corporate sponsorships and grant/foundation monies made up the majority of funding for the festival. As more entertainment options grew up around the American Folk Festival over the years, corporate sponsorships began to decrease. Grants and foundations also changed funding over time, creating difficulty for the American Folk Festival to meet its annual budget goals. When the festival had five stages spread across the Bangor waterfront, it took nearly a million dollars in fundraising to produce the American Folk Festival. Even in a year with fewer stages because of construction challenges on the festival site, more than $600,000 had to be raised to keep the festival a no-admission event.

“We truly believe that individuals gave what they could,” said Gogan. “Our attendance wasn’t necessarily down most years, but the amount of money collected in on-site donations varied. And there were many corporate sponsors who have been incredibly loyal and supportive since the beginning. But as more options presented opportunities for marketing dollars, the slice of the ‘marketing dollars pie’ the Festival would receive started to shrink. Unlike the other entertainment options, we relied on corporate partners to keep the festival free of admission.”

“There is no question that this festival has been an attraction, and a high-quality production every year,” said Kerrie Tripp, Executive Director of the Greater Bangor Convention and Visitors Bureau. “The American Folk Festival was a game-changer for Bangor, proving that this city can host large-scale events. It helped to develop the Bangor Waterfront into what it is today, and brought regular outdoor entertainment for large crowds to this region. On top of that, it brought hundreds of thousands of smiles to the faces of festival goers young and old for nearly two decades. The CVB respects this decision, and understands the significant legacy the American Folk Festival is leaving behind.”

Other offshoot festivals from the National Folk Festival continue to exist in various parts of the country, with the closest to Maine being the Lowell Folk Festival in Lowell, MA.

“There would not have been 18 editions of the American Folk Festival without the amazing support of this community,” said Gogan. “Donors, volunteers, businesses, the City of Bangor, board members, TV stations, radio stations, newspapers, and our amazing staff all pulled together to create and spread the word about a festival that we could all be proud to have in Bangor, Maine. Heather McCarthy led this festival as executive director for 17 of the 18 festivals and was with the organization since day one. She brought the American Folk Festival to the highest success possible and can be proud of helping to change the entertainment scene in Bangor forever. Other communities and states noticed the work being done here, and in some cases emulated it. To be able to provide high-quality, world-class music, arts, and culture for no admission that is welcoming for every person of all ages and income levels is something special. And while this community supported it for as long as possible, I also think this community will miss it now that it’s gone. It’s a piece of Bangor’s history now and will always be a source of pride.”

Gogan continued, “Bangor will continue to grow and be innovative in what it offers for residents and visitors, and we are lucky to live in a community with that mindset. Our board and staff would like to thank this community for the forward thinking vision and support for the American Folk Festival over the years. It has been an honor to work with all of you.”

About the American Folk Festival:

The American Folk Festival on the Bangor Waterfront celebrated the roots, the richness and the variety of American culture through music, dance, traditional crafts, storytelling and food. The Festival was supported entirely by public donations.