After 5 years of enduring efforts, and relentless determination, The Devil’s Half Acre Distillery has finally opened. They are extremely excited to announce the release of Jigger & Jones American Gin – Maine’s only veteran made Gin. The team members are standing in a patch of wild juniper berry bushes – one of three on 500 acres of family land. The berries will be harvested for use in making their signature Gin. From left to right are: James Beaupre, Chief Science Officer, PhD Chemical Engineering; Matthew Murphy, President, Director of Operations; Larry Murphy, Director of Sales & Marketing. 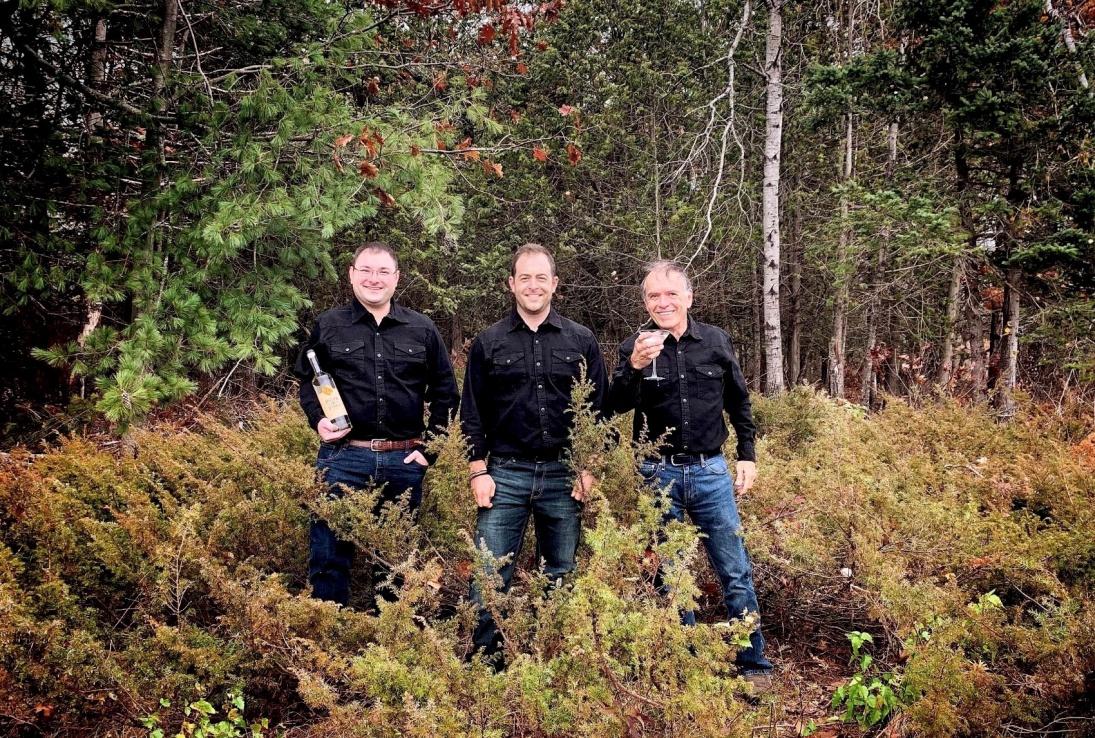 James Beaupre is currently the Innovative Engineer at University of Maine, Orono; the first such engineer world-wide. His is also a highly sought-after Spirits Industry Consultant. As an inventor, James is credited with multiple patents in Chemical Engineering, and the creator of many spirits recipes world-wide. With a BS and PhD in chemical engineering, and years of hands-on distillery industry experience, the Devil’s Half Acre Distillery is extremely fortunate to have such a valuable team member. 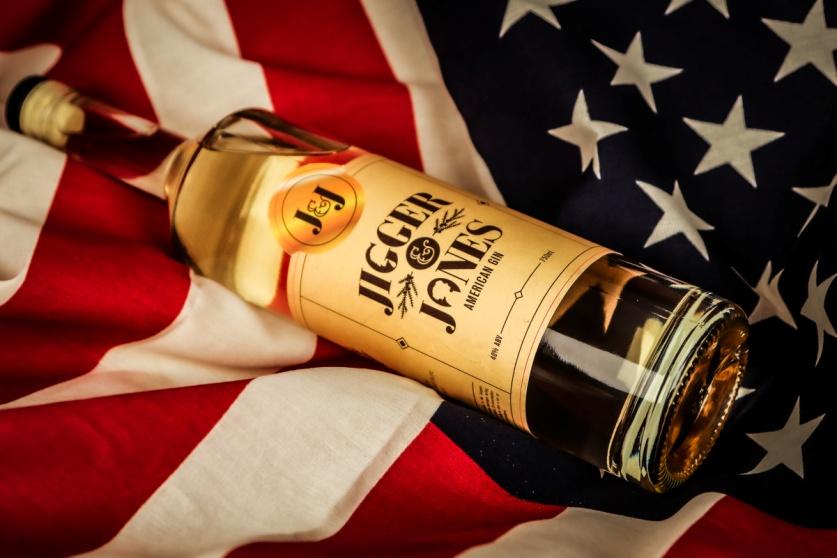 Jigger & Jones American Gin will appeal to true-hearted lovers of gin - you can drink it neat (chilled), on ice, with Tonic, or in your favorite cocktail. J&J is blended with the perfect recipe of botanicals giving it a distinctive flavor everyone can enjoy. And there’s no overwhelming pine flavor to discourage you. 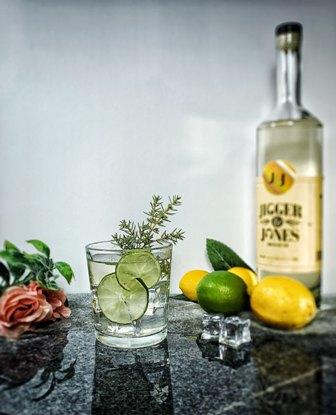 Who were Jigger and Jones, in the name Jigger & Jones American Gin? Matthew, who heads up distilling operations, came up with the name for the gin after hearing from his dad about two legends of Northern New England. Back during the time of the Devil’s Half Acre there was a gracious, slender, and elegant businesswoman who owned a brothel named Sky Blue House of Pleasure. Her name was Fan Jones. Legend has it Fan painted the chimney, of her establishment, sky blue so sailors and lumberjacks would easily locate it. 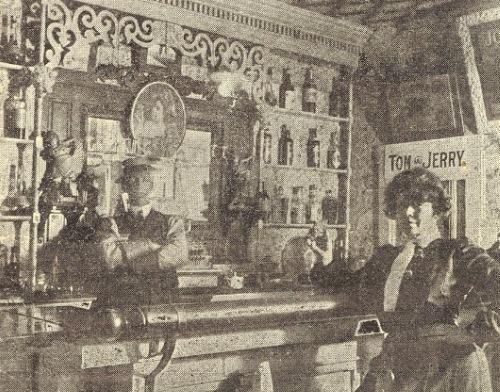 During that same time frame up in the northern woods of New Hampshire there was a legendary lumberjack by the name of Albert “Jigger” Johnson. It is said Jigger would catch bobcats alive barehanded, and perform this feat in front audiences. We recommend that you don’t try catching bobcats alive. He was also known to venture afoot to Bangor – perhaps to indulge at the Devil’s Half Acre. And maybe have a drink or two with Fan Jones.

Now you don’t need to catch bobcats alive barehanded or own a brothel to enjoy the distinctive flavor of Jigger & Jones American Gin. Just try J&J your own favorite way.

Jigger & Jones will be available throughout the State of Maine. For updates on where you’ll be able to purchase Jigger and Jones American Gin, and more info on The Devil’s Half Acre Distillery, visit their web site at www.devilshalfacredistillery.com.

With COVID-19 safety measures in place, common practices of public tastings, first-batch launch parties, and the like will not be possible. But don’t despair; they have plans in place to make up for all that as soon as the time is right. So stay tuned.

You’ll also find out more about the history of Bangor’s Devil’s Half Acre at the Bangor Historical Society’s web page.

The Devil’s Half Acre Distillery is a US military veteran owned and operated small business.